The Sicilian Mafia is an infamous crime syndicate that is known worldwide, with their perceived lifestyle portrayed in different movies such as, ‘The Godfather,’ and ‘Goodfellas.’ The Sicilian Mafia gained a lot in terms of money and power, ruling through death contracts and creating fear in the hearts of the people of Sicily. The prominence of the Sicilian Mafia may be understated today, but the lineage is assumed to continue working underground to this day. Let’s explore the history behind the Sicilian Mafia- where it all began and how they operate now.

The Sicilian Mafia, as we know it, is actually not referred to as ‘mafia,’ or ‘gang,’ by its members. They call it Cosa Nostra which translates to ‘our thing.’ The history of their origin is debated due to secrecy and to them not leaving any evidence behind. It is agreed upon, however, 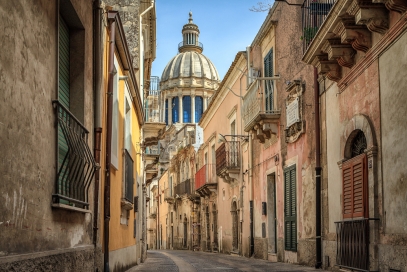 that the Cosa Nostra originated in the 19th century, after the law of primogeniture was abolished, and land being available to peasants instead of them having to work under the owners. And after the annexation of Sicily more of the land owned by the church and the public was distributed to private proprietors. Since the rate of property owners increased greatly, the rise in disputes also increased, due to the lack of contract enforcement, property protection and shady transactions. Crime rates were up, food prices were at an all-time high and there were fights over land. There were no efficient authorities available to oversee this new way of life and manpower was low, so people were getting away with many of those crimes.

This change from feudalism to capitalism gave rise to a new type of enforcement. Elites in the locality needed their lands watched over, and needed to regain their stolen properties as well. Former criminals took up this job and earned a lot from protecting large estates or many small ones, upping their prices and having more leverage to bargain as they were needed so badly. They were known as the Mafiosi, and were early on known as the cattle mafia, as they would successfully return easily stolen cattle back to their farms and get a huge sum of money for it.

Rise of the ‘Mafia’

Niccolò Turrisi Colonna, the leader of Palermo National Guard in 1864 worked with a ‘sect’ of thieves, who were basically young men, former smugglers or those passionate about business and were not afraid of authority. They completely undermined the law, and had a code with

the police known as umirtà, which means ‘code of silence.’ They offered services of protection and the members had created signals which helped them recognize one another. The Mafioso started to harass people into voting for their parties, which was easy to do because the political system of Italy was very weak. Moreover there was a very small fraction of Sicilians who could vote, so Mafiosi could easily gain control over people to get their job done. Politically, the mafia was backed by their allies in the government, who in turn used their connections to get their political rivals attacked.

The Sicilian Mafia started the mafia movement not just in Italy but all over the world. Corruption at it’s finest.