For the first 15 years after its inception, The Bureau was a shadow of the organisation it has grown to be. Investigators received very little training, and often displayed a lack of discipline. Political corruption also dictated who was hired, promoted or transferred. Despite these setbacks, it continued to grow and received jobs which were centred around national security, law enforcement and intelligence. Most of the initial cases the agents investigated were white collar crimes, which included banking fraud, naturalisation, and forced labour. These soon expanded to include treason and anarchy, which had begun posing big problems for the country. By 1915, Congress had increased The Bureau’s personnel ten fold, as they began to rely on the organisation as a way of advancing the national agenda.

After The United States of America joined the war on April 6, 1917, Congress passed the Espionage Act, and later the Sabotage Act. The Bureau of investigation was given the full responsibility of upholding them. They were also designated to rounding up army deserters, policing ‘enemy aliens,’ (Germans in the United States that were not American citizens) and enforcing other war crimes. After the war ended, the organisation continued to be responsible for the safety of the entire nation.

The years 1921 – 1933 were known as the ‘lawless years,’ when organised crime was increasing, many frustrated citizens were resisting Prohibition, and there was a rise in extreme politics. Alcohol transportation across state lines became a federal charge, and Bureau agents were brought in to investigate. The raids they conducted resulted in the arrests of many bootleggers, during the period, and The Bureau gained the public’s respect for the role they played in uncovering organised crime. The organisation was key in the capture of criminals such as John Dillinger and ‘Baby Face’ Nelson, which had became a national priority. 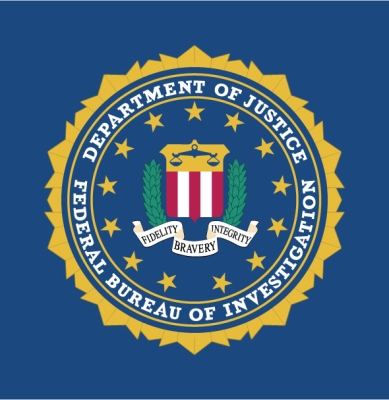 The Bureau of Investigation officially changed its name to The Federal Bureau of Investigation in 1935, and the first FBI seal was created. It was an adaptation of the Department of Justice’s seal, with the FBI motto ‘Fidelity, Bravery and Integrity’ added on the outside. The organisation continues to be responsible for the safety of the citizens of the united States, while upholding its Constitution.

The FBI’s priorities are:

The small organisation that started in 1908 with 34 people, has grown to 35,000 employees, including special agents and support professionals. Their headquarters is located in Washington D.C., with 56 other field offices in the country, and the FBI has become one of the most essential law enforcement agencies worldwide.