Judy Buenoano, whose birth name was Judias Welty, was a notorious murderer in America and was known as the Black Widow. She killed many of her loved ones in the name of greed. She was imprisoned for a total of 3 murders, which got her on death row. Buenoano was one of the first women to ever be executed in the United States of America and is to this date known as a vile and sick woman.

She was born in Texas where she was brought up by her mother and father who had four children including her. She had two elder siblings and a younger brother named Robert. Unfortunately, her mother passed away when she was just 4 years old, so she and Robert moved in with their grandparents. Eventually, her father remarried and she claimed that he treated her horribly. She was starved and worked like a slave at the mere age of 14. She then was sent to prison for attacking her step family and her father. However, that did not last long and she was out within two months. She then decided to go to reform school where she ended up a nurse, with a nursing degree.

After her degree, she gave birth to her son Michael who was born out of wedlock. Later in 1962, she got into a relationship with James Goodyear and married him. He was her first victim. She raised her son and another adopted son in Orlando. In 1971, James had a series of mysterious symptoms and was put into the hospital for it. He then died of those symptoms. This led Judy to claim insurance and get his money.

She then moved to Colorado and started seeing a man called Bobby Joe. Again like with Goodyear, Judy moved in with him and with her children. Similarly, he then got mysterious symptoms and was put into a hospital, he survived and was brought home. However, he did not survive for long and passed away. This also led to Judy getting his insurance money.

A few years after when her son had grown up, he decided to join the army and was serving at Georgia. He decided to visit his mother before he went for duty. However, he then started to display symptoms of poisoning and later the muscles of his limbs atrophied and he couldn’t use his limbs and needed metal braces. Later, due to a boating accident, Michael passed away and his mother received his military insurance. 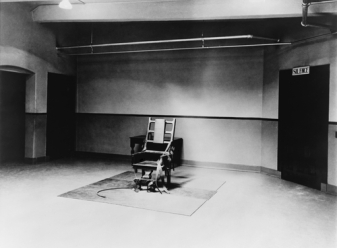 After the death of her son, she began dating her next victim. She started to date John Gentry and convinced him to take out life policies for one another. Then she gave him vitamins to help him stay strong, but which ended up making him ill. Later, after he stopped taking those vitamins, his car exploded on a trip to the store. That led to a different investigation and it turned out that she had been poisoning her victims with arsenic.

She was convicted for 3 of the victims and was put on death row for the murder of Goodyear. She was the first woman to be executed in Florida and was a notorious killer who let her greed take over her whole life.