Edgar Allan Poe is a name that most heard at school due to his classic literature fiction. His books are famous all around the world and is well known for his detective short stories. One of the characters Poe wrote

about was C. Auguste Dupin; a gentleman living in Paris and by profession a detective in the French Police. Poe wrote three short stories about the detective and include “The Murders in Rue Morgue”, “The Purloined Letter” and “The Mystery of Marie Roget”. The first two being highly successful while the last one being comparatively less successful.

The character depicted a reclusive man, who prefers his own company and also prefers to work at night in the candlelight. He smokes a meerschaum pipe and even has a sidekick just like Sherlock Holmes.

Dupin is shown as a character that likes to stay away from the traditional ways of law enforcement, preferring to develop his own techniques and innovative ways to solve the mysteries he is presented with. In the short stories, he believes that the French Police’s way of investigating are stale and unoriginal. He believes that police get distracted by the bigger details of the case, forgetting the important finer details. For example, in the first short story by Poe, the police are so fixated on the gruesome nature of the double homicide that they forget to check the windows, which hold the clue to the murder. 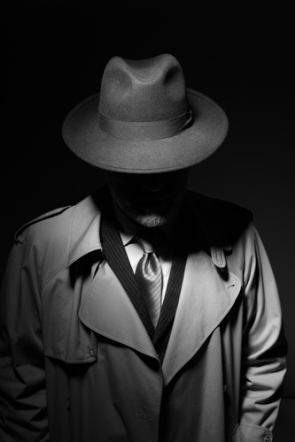 Dupin views a crime scene as a scientist or mathematician by removing his emotions and looking at it objectivity. He tries to gather all the tiny details and calculate the moves in the murder as one would in a chess game.

In the second short story, the Police do not want to get involved in a political situation which is why they tiptoe around the whole situation, while Dupin knows that by getting involved he may be able to figure out exactly how to solve the mystery.

Dupin is a well-constructed and a very enjoyable character. He was a reflection of the times and may have even been a nudge to the Police that they needed to work better. His character had some substantially good qualities along with witty comments and humorous moments too. However, Dupin is most appreciated for the new and innovative ways he came up with to deal with the mysteries around him. Reading such stories helps the reader realize that the same old techniques may not always present a solution to a problem. Also, that innovation and creativity will always get you the best results.