David Parker Ray is an American serial killer who is also known as the toy box killer. He is suspected of killing around 60 people from the regions of Arizona and New Mexico. However, no bodies have been found to tie him directly to the murders. He is called the toy box killer because of a truck that he soundproofed to kill his victims. He was known to sexually torture women, so he soundproofed a truck and filled it with equipment that would help him carry out sexual torture on his victims. He was never convicted of murder however; he was arrested for abuse and torture of women.

David Ray was born in November 1939 and he and his sister lived with his grandfather who was very strict with rules and regulations. While living with his grandfather, his father who was an abusive alcoholic would also come to visit the children. He would provide Ray with magazines which were filled with sadomasochistic pornography. Ray was a shy child and was bullied heavily in school for his shyness around girls. During his teenage years, Ray began to develop sexual fantasies about women that were very dark and sadistic. He would think about raping, murdering and torturing them in his fantasies. His sister even found drawings of such sadomasochistic pornography in Ray’s desks.

Ray worked as a mechanic and was even part of the army and was given an honorable discharge for the service he had provided. He was married four times and each of them resulted in divorce. He also had 2 children from the marriages.

The crimes he is said to commit including sexually torturing women by using tools such as whips, chains, straps, claps, pulleys and many other instruments. People claim that he did this for many years and he would use his truck to perform all this, especially when he 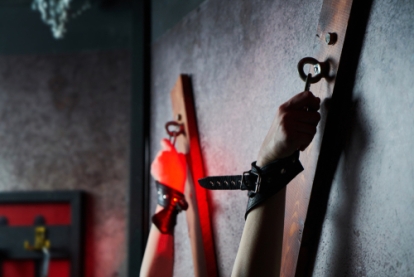 was living in New Mexico. It is also said that this was done with the help of accomplices who were usually the women he would be in a relationship with at the time. In the toy box, or the sex room, there were many things such as drawings of the positions and the processes he would perform on the women. There were syringes, sexual toys and even a homemade generator that was used to cause pain to the women who he would torture.

What led to Ray’s arrest was a victim who had escaped the sex-room and found comfort with a close-by homeowner who called the police and comforted her. Ray was then arrested and many other victims began to come out. None of their original complaints to the police had been followed up. It turned out that Ray had many accomplices which also included people in law enforcement who helped Ray get rid of the bodies in abandoned mines. Ray was given 224 years of prison on account of the torture and the murders he had committed. After 2 years Ray died of a heart attack.