Robert Dunham, the executive director of the death penalty information centre, says that the numbers within a year fluctuate which is why it is essential to consider the long term over view. He believes that what is being witnessed is the “continuation of the erosion of capital punishment in the United States”.

The figure of executions and the number of people on death row were at their peak in the late 90s. In 1999, there were ninety-eight executions, while in 1996 there were three hundred and fifteen death penalties. This was due to the drug epidemic and urban crime in the US at the time. By comparison today, the numbers are much lower. Most states still have the option of death penalty sentencing, but only a few resort to it.

Only a few states in 2018 carried out almost half the executions for the US. In California and Ohio there were 5 executions. While Florida and Texas had 7.

Experts believe that with a decline in capital punishment, more and more states will ban it and refuse to practice it. In 2018, Washington became the 20th state to abolish capital punishment by declaring it to be unconstitutional. 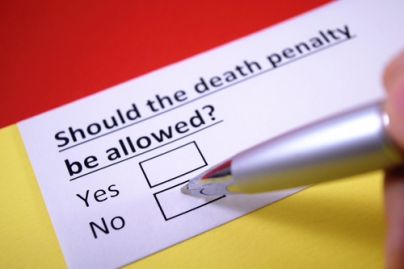 Both republicans and democrats agree that the death penalty is a risky, questionable and guilt inducing decision that people want to move away from. People are now beginning to see that innocents can get targeted within this unfair system and have decided to stop supporting the death penalty to protect them.