Capital punishment is a legal penalty in the United States of America. It is currently used by 29 states, the federal government and military. It is one of the only counties in the world that is well developed and uses this penalty on its people frequently. It is one of the first countries to use the lethal injection as a way of execution and one of 54 countries to use this penalty. A few key points are mentioned below which will give more insight into what capital punishment is and how it is performed.

Capital punishment was brought over by the British in the 1600s. Every community and society at that time had a different understanding of the death penalty. For explain, in New York it was considered punishable by death if someone misbehaved with their parents or denied the existence of God. However, the modern understanding of capital punishment can be traced back to the case of Furman vs. Georgia. The ruling in this case declared capital punishment unconstitutional and was banned for 4 years. Now as time has progressed, there has been a decline in the death penalty given to criminals.

Different countries have different methods of execution. However, the United States of America uses the lethal injection as the most common method of execution. Other methods that are used involve the electric chair, gas chamber, and firing squad. Twenty states in the USA use the lethal injection as the main source of capital punishment while the other 16 give the inmates a choice. Research shows that in 2008, almost 90% of the inmates that died due to capital punishment were put down by lethal injections. To implement this penalty through this method, the inmate is strapped in a chair with restraining gear and a usable vein is found. Then to the instructions of the warden, the drugs are administered into his system. Death usually occurs within 8 minutes. 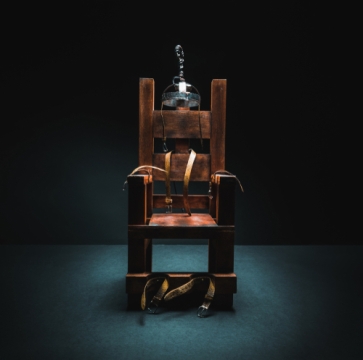 The public debates the punishment

The public have long debated the punishment of death. Research found that around 61% of adults support the death penalty while the rest do not. Race also plays an important role – 68% of white Americans support capital punishment while only 39% of African Americans support the penalty, when it comes to first degree murder. However, due to such conflicts, the death penalty is on the decline and has been used less frequently over time.

It is customary and a ritual in the USA to offer a death row inmate a last meal of their choosing and they can choose whatever they want to eat. The notorious killer Ted Bundy refused his last meal and was served the standard meal, while the Oklahoma bomber asked for 2 pints of mint chocolate chip ice-cream.

2 thoughts on “Capital Punishment in America”