The Candy Man sounds like a sweet and adorable mascot’s name for a confectionery company. However, Dean Corll, now known as the Candy man, was a serial killer who sexually abused and tortured young boys before he shot them. Not at all what someone might perceive when reading his name. Here is how the serial killer got his name and how he was discovered.

Dean Corll, just a normal man who grew up in Texas was described by neighbors to be pleasant, always smiling, considerate, quiet, groomed and well-mannered. His mother owned a candy factory situated in one of Houston’s affluent neighborhoods. He would spend time there helping his mother out, and was known to be friendly.  He also fought during the Vietnam war in the army, and did not possess any kind of criminal record. Corll did not fit the obvious profile of a serial killer, but he was probably one of the worst serial killers in all of American history. He may be the reason the whole ‘don’t get into any van or take candy from strangers’ warning is made to children all over the world today.

When Corll began his first trail of killings, he had made 18 year old David Brooks and 17 year old Wayne Henley his accomplices, because he gelled well with them and they helped him by getting their friends to Corll’s home and helped murder and bury them. Henley and Brooks later told the authorities all the dirty secrets that Corll was hiding, from the way they lured their victims to how they tortured, killed and buried them without anyone ever finding out. The three of them used to go in Corll’s white van or Plymouth GTX muscle car and lure the victims with promises of a ‘party,’ alcohol or candy. Those who went in the van with the 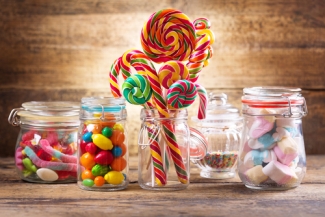 trio never returned. He graphically tortured his victims by strapping them naked to a long strip of plywood and then sexually abusing them in whatever way he liked before killing them, usually with his gun. Corll and his accomplices were never suspected for the killings over the span of nearly 3 years as firstly, they were from good homes, they were white and they did also take preventative methods to make it seem like the children ran away. Corll and his assistants would make his victims gag and then force them to write notes or postcards to send home to reassure their families that they were fine. But after 3 years of raping and killing innocent little boys by luring them Corll was finally killed, by one of his own accomplices.

How These Murders Were Uncovered

Henley had apparently had enough of Corll one day and while they had captives in his home, he shot Corll in the head with his own gun. They first seemed like heroes but afterwards confessed to everything and because of them, the horrible details of Corll’s motives and crimes were revealed. 28 bodies of the victims were found in many locations, but there were probably more.

Corll effectively got away with it by dying, whereas Brooks and Henley who are in their 60s now are still serving their sentences in prison.