One would think that fluoridating public drinking water isn’t something to be concerned about. The US has been adding fluoride supplements to public drinking supplies since 1945 and it is generally accepted by the American people. In fact, there are 25 total countries in the world that add fluoride to their public water systems on a regular basis.

Since it was first proposed and put into action however, there have been naysayers and there is even a conspiracy theory attached to what would seem to be a way to help people avoid cavities; especially in the poor, who often don’t have access to the same quality of dental care as others, and children.

But a conspiracy theory suggests that there may be other reasons, besides saving our pearly whites, that this system is in place. Despite being supported by the majority of dentists and even the WHO (World Health Organization), evidence is lacking that adding fluoride in your drinking water on a daily basis actually helps to curb the formation of tooth decay.

Because of this lack of evidence there are proponents of the theory that there must be a hidden agenda. As always with conspiracy theories, a lack of substantial information has led a certain population, in this case actually supported by a small faction of the medical community, to believe that fluoridation of drinking water is not necessary and in fact can be quite harmful to our health.

Another facet of the conspiracy theory, which presented itself very early in the years of the water fluoridation program, proposes that introducing fluoride in this manner keeps people ‘sedated’, creating an apathetic population (mostly due to lack of sleep). This was thought to be a move on the part of the Soviets during the cold war.

One study performed on two communities, one with fluoridated water and one without, determined that females reached puberty at a rate of about 6 months earlier than those who were not drinking fluoridated water. 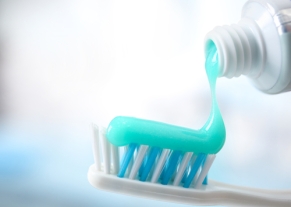 Fluoride likely causes a decrease in the melatonin production, affecting sleep cycles, which in turn produce a number of other effects in humans according to a study by a British scientist in the 90’s.

There is also concern that water fluoridation isn’t nearly as effective as topical application (through use of toothpaste, etc.) and the current system is just plain obsolete. Add this to the idea that most people do not have a choice about where their drinking water comes from or cannot afford to buy bottled water, and now we have an individual rights issue.

Should any government really be in control of what a person puts in their body? Or is this just another case of misinformation or lack of scientifically sound studies which have then perpetuated into modern society and caused fear among those who misunderstand?