Psychological, or criminal, profiling was informally used as early as the 1880s, when two physicians attempted to determine who Jack the Ripper was using clues from the crime scene. Its first official use was during an investigation in the United States, which helped to capture ‘mad bomber’ George Metesky. The bomber had who had eluded New York investigators for 16 years, and psychiatrist James Russell was invited into the investigation. He accurately described several aspects of the bomber’s personality that led detectives directly to Metesky, who immediately confessed.

Since then, investigators have been consulting psychiatrists, psychologists, as well as forming their own specialised teams to investigate evidence from crime scenes and put together the pieces of witness and victim statements to create a ‘profile’ of the offender. The description uses as much detail as can be accrued, and includes psychological variables, such as behaviour patterns, personality traits and psychopathies, 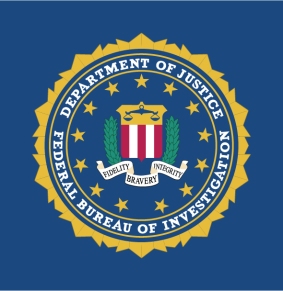 as well as demographic variables, such as age, race, career and social background. The knowledge can then be applied to narrowing down a field of suspects or deciding the best methods of continuing the investigation.

In 1974, the FBI formed its Behaviour Science Unit, to investigate serial rape and homicide cases. Between the years of 1976 – 1979, members of the team interviewed 36 serial killers and used the information to create categories of offenders. The model is now referred to as the ‘organised/disorganised dichotomy.’ It theorises that organised crimes are premeditated and carefully planned, so little evidence is left at the scene. These types of criminals are not insane but often anti-social and, despite having a sense of right from wrong, they show no remorse. Disorganised crimes, on the other hand, are not usually planned and there is often evidence, such as fingerprints and bodily fluids, left at the scene. Most disorganised criminals fall into the category of being mentally unstable, young, or under the influence of alcohol and/or drugs.

Profilers that are investigating serial killers put their questions into four main categories:

Antecedent – What fantasy, or plan, did the murderer have in place before acting? Why was the crime carried out at a certain time/place?

Method and Manner – What is the victim type? How were they killed – strangulation, stabbing, shooting, etc.

Body Disposal – Was the body disposed at the scene of the crime, or elsewhere? In what method was it disposed?

Post-offense Behaviour – Is the killer attempting to inject himself into the investigation? Is there a long cooling off period?

Serial rape cases take the same things into consideration, as well as the statement of the victims.

Although there is still a lot that investigators, and the teams they work with, have to learn about psychological profiling, there is no doubt that it has been beneficial in capturing offenders that may otherwise have continued to elude investigators.