Cops, collectively, are a really witty, hilarious group of people.  In the right environment, most of us coulda been stand-up comics, but the context and backdrop required to get us going is usually so dark and tragic that only serial killers would watch and laugh.  Wait, maybe we could use that as a some kinda “gotcha trap.”  Stand by for further on that one.  I feel like an updated “To Catch A Predator” series coming on.  “To Catch a Serial Killer?”  Might be too close to the copyrighted original.  I’ll work on it.

One of the most common themes of our near-constant ribbing of one another is that public humiliation is a necessary, requisite component of whatever we do to one another.  Not the real public, mind you, because embarrassing one of us often embarrasses all of us.  But, we have to include as many of our fellow cops as possible in the joke.   Really, it’d just be rude and inconsiderate NOT to share the funny with our brethren.  Can’t leave them out when you know they enjoy a good laugh as much as the next guy.

It seems the way of the world is now to reduce a complex, multifaceted situation down into a single image made hilarious by one or two sentences.  The three-second soundbite in news stories has been superseded by the meme in social media.  Cops aren’t immune from the trend, but we exclusively use them to target the failings and misadventures of our co-workers in the most brutal ways possible.

You wreck a car?  That’s worth one meme, probably just laid on your desktop, and most likely a photo of a cop and his wrecked squad.  No big deal.  Few will notice, but word’ll get around.  You wreck another car, in pretty short order?  That meme’s gonna be taped up above your desk for ALL to see it.  The third wrecked car?  Now, after three murders, even the FBI is gonna label you a serial killer.  This third meme’s probably gonna feature your department photo, formatted like an “FBI’s Most Wanted” poster that asserts you must be found and arrested 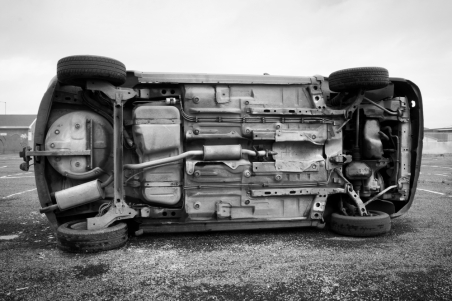 immediately for the safety of all Ford Interceptors everywhere.  It’ll be posted on every flat surface surrounding your work area to make sure everyone sees it.  And, it’ll probably go out by email.  To the whole department.  And, maybe to your dad.  Because he failed.

Let’s say, maybe, you saw what was potentially a critical incident unfolding right in front of you.  You, as a cop, clear the radio and start shouting into the mic.  And, your transmission starts out something like, “Emergency!  9-1-1!!”  Oh.  My.  God.  Ridicule gold.  I can assure you, regardless of what the crisis is, once it’s over, you’re gonna hear about that one.  We are 9-1-1, for Christ’s sake.  Second, let’s say you’ve shouted those words to call in a fire…along an irrigation canal…that’s a known controlled burn that happens every year.   The ridicule will never end.  Never.

Let’s say you do something minor and harmless, but you do it more than once.  Maybe, a few dozen times, and it starts to get noticed by the majority of your coworkers.  Keep in mind, we’re brutal and merciless to one another, so even small failings are a chance for hilarity at your expense.  So, you probably know that we use one of two alphabet codes when we have to spell something out on the radio.  D sounds like B, V, E, P, T, and C on the radio.  So, it’s either “Delta” or “David,” depending on the agency.  Whichever it is, though, it’s always the same.  Never “Dave.”  Never “Dmitri.”  And, certainly, under no conditions, will it ever be “Doughnut.”  Our agency uses the standard cop alphas, so L is “Lincoln.”  One of our new guys kept using “Larry.”  I guess I can see the mistake, as most of the alphas are first names.  David, Paul, Mary, Charlie, Edward, Frank, George, Michael, etc.  But, not Larry.  Never Larry, especially not dozens of times.  We started by calling him Larry, which in no way resembles his name.  Then he got a meme on his desk.  The picture showed a cop talking on the radio and it was captioned something like, “Driver’s last name is ‘Stupid,’ spelled Skittles, Tarpit, Unicorn, Pumpkin Pie, Idunno, Doughnut.”  Despite the offense being far less than the presentation, we got a good laugh out of it.  And, you always get extra points if you can work ‘doughnuts’ into any of your jokes or pranks.  We love them, even more than you suspect.

I’ve shared a few of these before, but this is today’s prank-de-jour.  We’re a superstitious lot.  Sometimes, our trinkets carry meaning vastly disproportionate to their actual value.  So, let’s say you have a good-luck charm that everyone knows is important to you, and you tend to guard it with your life.  After all, that thing’s guarding your life, so you kinda have to return the favor, right? 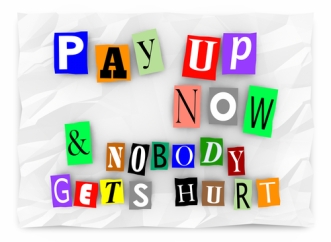 Imagine that you accidentally left it in the squad car you share with another cop.  Let’s say this happened around, I dunno, December, when a lot of the people you work with are going on vacations across the country, some across the globe.  You’d be amazed at how quickly that trinket gets passed between cops, shipped all over the country, and, it would seem, overnighted internationally. The evidence you’ll soon acquire in your search for this lucky charm will come in the form of “hostage photos” of your talisman in numerous, distant lands with finger-guns, or real guns, held up to it demanding doughnuts, shift coverage, or cash in non-sequential $1 bills to be donated to the aspiring med students down at The Candy Store.  If you’re lucky, you’ll get a “proof of life” photo showing your lucky charm with a copy of a recent newspaper so you at least have a last-known location and date it was alive.  Really helps you know narrow down the list of suspects, too, although it turns out the LA Times is sold all over the world.  Not as helpful as you might think, unless your suspects can only find the small local paper like, “The Friend Sentinel,” from Friend, Nebraska, the odds of actually using that to identify the perpetrators is pretty slim.

Normally, you know who’s responsible for your misery and public shaming, anyway.  Part of the fun, really, is making sure the victim knows who gets the credit for their genius hilarity.  There’s only a few jokes that demand they remain anonymous to protect the not-so-innocent.  Next time, I’ll share of few of those “Long Cons” that usually require some degree of anonymity.

Be safe out there!

2 thoughts on “Memes, Pranks, and the Hilarity of Group Humiliation”