I’ll call her Lucy.  I don’t remember now if she called 911 herself, or if someone else turned us onto her need for help.  Doesn’t really matter that much.  In my memory, it’s late spring, because it’s after midnight, there’s dew on the grass, and it’s warm enough that I’m in short sleeves.  I had a civilian rider that night, which I normally don’t mind, but she was weird.  Had a strange, distrusting interest in cop work, but no interest in being a cop herself.  Made me suspicious she hoped to catch me murdering a busload of black nuns.  The rider herself isn’t all that important, but it is important you know she’s there.

So, back to Lucy.  Met her outside her apartment building, where she smoked menthols and sat on a concrete bench as we approached.  Weird that she’s in long sleeves and pants.  Within a few minutes, I think it’s pretty clear she gonna need to see a shrink, and now it’s a question of whether she goes voluntarily or I have to put her on a mental health hold.  As I delve further down her particular rabbit hole, Lucy freely gives up what I hope were her darkest skeletons from the deepest part of her emotional closet.  Emotional and physical abuse.  Death.  Torture.  Allusions to rape, maybe multiple times from a single, known perpetrator. 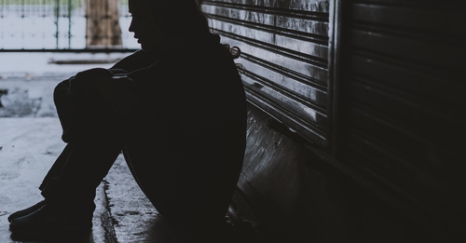 One of my particular talents is my poker face, which is ironic.  In my personal life, I can’t lie to save my life.  I can’t bluff.  I can’t hold a pair of two’s and convince anyone I have a full house.  However, at work, it’s like a switch flips.  I realize the stakes are real and much higher.  I can keep my emotions and natural reactions under wraps and act like nothing you say or do effects or bothers me.  I don’t know why, but Lucy got to me.

As she told her story, that civilian rider kept slowly drifting away from us, as though the conversation made her too uncomfortable.  Lucy and I continued our effectively private dialogue, and I struggled to not emotionally react to her story.  Then, she pulled her sleeves up.  Dozens, maybe hundreds, of lateral, scabbed-over cuts and cut scars marred her arms.  There were arranged in four dense columns that ran on the four sides of both forearms from her wrist to her elbow.  I almost lost my shit.  She’d dealt with her emotional trauma by self-inflicting physical injury for a decade.  Somehow, she told me, the pain of the cuts acted as an emotional pressure valve.  The greater the pressure, the greater the number of cuts required to relieve it.  As I looked at her arms, she’d clearly gone over the old cuts many times; most of the cuts and scars were raised, giving her arms a sad, depressing texture, like the devil’s washboard.  Those closest to her elbows emanated fresh blood droplets.

She agreed to go to the hospital, agreed to get professional help.  I genuinely thanked her.  I walked her over to my patrol car and decided to handcuff her in front, which I never do.   I felt myself starting to lose my shit again, now that this was coming to an end.

“Can I give you a hug?”  Normally, it’s the public asking me that.  Not this time.

She teared up, and drops ran down her cheeks as she shook her head ‘yes.’  The rider, who’d followed us over and had been watching, turned away.  I held Lucy for only a few moments, just enough that her tears fell onto my vest and collar, and I squeezed my emotions back down into their box.  I’m sure almost any cop could have talked her into getting help that night, but I’m eternally gratefully she allowed me be the one to do it.  I needed that.